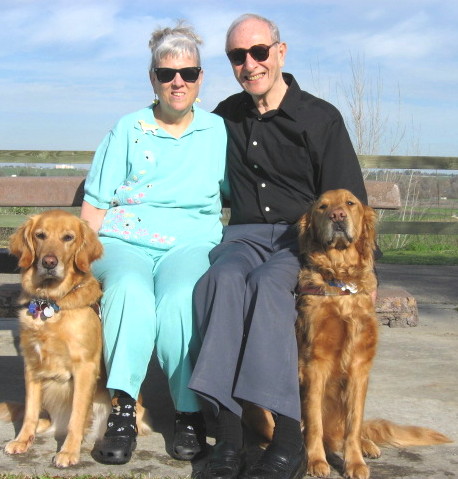 Sadly, the Assistance Dog Movement has lost one of our greatest champions. IAADP’s President, Co-founder, Ed Eames, Ph.D. passed away on October 25, 2009. It is hard to believe that it has been seven years since meeting Ed and his lovely wife, Toni. Although Toni has been blind since birth, Ed lost his sight at age 42. He very much relied on Toni’s skills and access, and along with her deep love for him, this allowed him to flourish in his second, non-sighted life.

An adjunct professor at CA State University-Fresno, Ed spent his career teaching and doing anthropology research at NY’s Baruch College and previously at Temple University. His doctorate was earned at Cornell University with his research based in India.

Ed obtained his initial guide dog from the Seeing Eye and met Toni in 1985 while writing his first book about the assistance dog field, A Guide to Guide Dog Schools. She joined him as wife and co-author of that project. Their second book, Partners in Independence: A Success Story of Dogs and the Disabled, was drawn from their award-winning column of the same name, published for ten years in Dog World Magazine.

Ed is the kind of person who has exemplified the adage, When life gives you lemons, make lemonade.And, it was Ed’s enormous heart and sweet manner and concern for others that endeared him to so many. It was simply impossible to resist this man’s charms once you met him. He just had that kind of effect on folks . . . . and dogs as well. 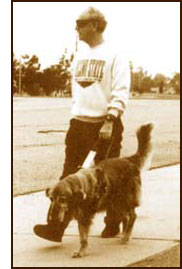 Ed was a true Golden Retriever lover and one knew that any Golden in the Eames household was one lucky dog. We all know how special our first entry into the Golden world can be, and Ed’s relationship with Kirby, his first Golden Retriever guide dog, was quite unique. Here is Dr. Eames with his Kirby, a Golden who amazingly went on to earn an AKC Companion Dog Excellent title.

However, Kirby’s claim to fame occurred when bone cancer necessitated the amputation of his left front leg, yet did not keep him from continuing his guide dog work. The telling of this courageous story, Kirby, My Miracle Worker, earned Ed a Maxwell award from the Dog Writers Association of America.

Go to my site to learn more about Ed’s story.