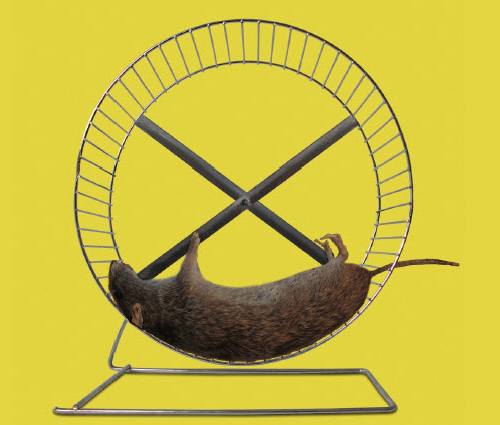 At our foundation’s website we have been harping for years about the need to learn how to Protect rather than Pollute ourselves & our Pets. So, we were very excited about seeing the film below.

The same chemical companies who produce cancer‐causing chemicals, are also invested in and develop cancer treatments, the most profitable disease on earth. Now these same chemical companies have lobbied against the long term health testing of their new invention — genetically modified crops. Do these foods cause cancer? Watch The Idiot Cycle unravel.

This award winning feature documentary “The Idiot Cycle,” is a must-see film by Emmanuelle Schick Garcia.

“It has now been scientifically demonstrated that there is indeed a link between chemical products and the appearance of diseases, such as cancers, infertility, degenerative diseases of the central nervous system and allergies.” ― CPME – Standing Committee of European Doctors, 2005

“There is little direct evidence of widespread ill health or ecosystem damage by the use of man-made chemicals.” ― Alan Perroy, Director General of the European Chemical Industry Council, in a 2001 letter to European Members of Parliament.

Once upon a time, a king accumulated most of the gold in his kingdom. His subjects were very poor, without land to grow food. When the subjects began to starve and watch their families perish, they realized they had nothing to lose. They stormed the castle and found the king in a large room, cowering next to his mounds of gold, begging them not to steal his gold.

The subjects did not take the gold. But they left the room and locked the king inside. Upon leaving they called out, “now you will be able to see the real worth of your gold.” The king, trapped in the room with no water, air or food, realized the gold was useless.

This story became the impetus for The Idiot Cycle – a film about cancer.

“Everyone should know that the ‘war on cancer’ is largely a fraud.” ― Dr. Linus Pauling, winner of the Nobel Peace Prize and the Nobel Prize in chemistry

The film follows the cycle taken by the world’s largest chemical producers: Dow Chemical, BASF, Bayer, Dupont, Astrazeneca & Monsanto, and how these chemical companies, who manufacture and emit cancer causing chemical substances, also develop, produce and invest in cancer treatments, the most profitable disease on the planet.

Today we are bombarded with 18 million man made chemicals, many that have mixed in the environment to form new chemicals. Only 2,000 of these synthetic man made chemicals have full toxicological profiles. No government in the world knows which chemicals are in what consumer products and at what quantities.

“For the first time in the history of the world, every human being is now subjected to contact with dangerous chemicals, from the moment of conception until death.” ― Rachel Carson, Silent Spring

Now these chemical companies are launching biotechnology, an “innovative” frontier, just like synthetic chemicals were half a century ago. These companies are now developing, producing and hyping genetically modified crops, which have never been tested for long term health effects like cancer.

“Commercialization of genetically modified crops seems to have been based on public relations and not on full and truthful scientific reporting. Science has begun to feel the impact of putting commerce ahead of full disclosure and debate.” ― Professor Joe Cummins, University of Western Ontario

“Um, so they are, um, in the food arena, probably the most extensively studied and tested scientific arena that we’ve ever seen. If you look at FAO or WHO or even the European Union, you can go to the European Union’s web site, there’s a whole exposition on the safety of these technologies, so, um yes they are safe.” ― Hugh Grant, CEO of Monsanto asked about the safety of G.M. foods for Fortune’s Brainstorm Green Conference.

Once again, like synthetic chemicals, GMOs have been unleashed onto the consumer market, without full health and toxicological studies, without proper governmental regulations and without public consent. Once again, these companies will test their products on the general population. And round and round goes the idiot cycle.

“When the same mistakes are repeated over and over again, it’s time to consider the possibility that they are not mistakes at all.” ― Naomi Klein, The Shock Doctrine

Jane Goodall has taught the world more about chimpanzees than anyone else in the world. Her dream to study our closest relatives began in 1960 in Gombe Park, Tanzania, and she continues her work to save them today.