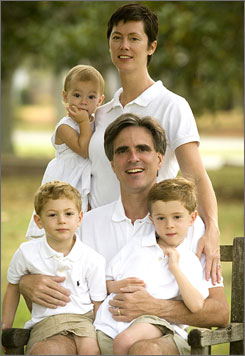 Jai and Randy Pausch, and their children Logan, front left, Dylan and Chloe.

On April 9th, we initially shared the post below about Dr. Randy Pausch. A professor at Carnegie Mellon University, he inspired countless students in the classroom and many others worldwide through his highly acclaimed ‘Last Lecture” (shown below). Sadly, Randy lost his battle with pancreatic cancer today, his being only 47 years of age. He died at his home in southern Virginia.

I had been following Randy’s blog where he posted various updates, but suspected there was something up when he had not posted in almost a month.

June 26th, 2008: Slow, but continued recovery — I continue to slowly recover. Chemotherapy has a cumulative effect, so it takes longer to recover the deeper one gets into this. Our current thinking is that more chemotherapy may not be wise; at this point, almost all potential chemotherapies may potentially make me so weak/sick that even if they were to slow the tumor, it would not be clear it would be the right tradeoff.

We are currently narrowing down some immunuotherapy-based apporaches that would presumably come with little or no side effects. More news as that proceeds.

July 24th, 2008: The cancer is progressing — A biopsy last week revealed that the cancer has progressed further than we had thought from recent PETscans. Since last week, Randy has also taken a step down and is much sicker than he had been. He’s now enrolled in hospice. He’s no longer able to post here so I’m a friend posting on his behalf because we know that many folks are watching this space for updates. 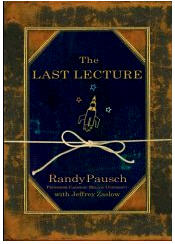 Randy Pausch, the writer of the quote above in the title of this post, has just had his book published, The Last Lecture.

A lot of professors give talks titled “The Last Lecture.” Professors are asked to consider their demise and to ruminate on what matters most to them. And while they speak, audiences can’t help but mull the same question: What wisdom would we impart to the world if we knew it was our last chance? If we had to vanish tomorrow, what would we want as our legacy? 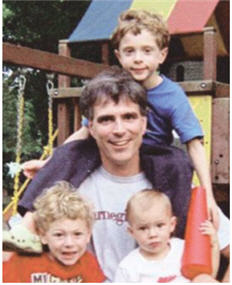 When Randy Pausch, a computer science professor at Carnegie Mellon, was asked to give such a lecture, he didn’t have to imagine it as his last, since he had recently been diagnosed with terminal cancer. But the lecture he gave–“Really Achieving Your Childhood Dreams”–wasn’t about dying. It was about the importance of overcoming obstacles, of enabling the dreams of others, of seizing every moment (because “time is all you have…and you may find one day that you have less than you think”). It was a summation of everything Randy had come to believe. It was about living.

In this book, Randy Pausch has combined the humor, inspiration and intelligence that made his lecture such a phenomenon and given it an indelible form. It is a book that will be shared for generations to come.

You can also learn more about this inspirational man by clicking here.

And, for Randy’s own personal day-to-day updates click here.

Below, you can actually experience Carnegie Mellon Professor Randy Pausch giving his now famous last lecture at the university Sept. 18, 2007, before a packed McConomy Auditorium. In his moving talk, “Really Achieving Your Childhood Dreams,” Pausch talked about his lessons learned and gave advice to students on how to achieve their own career and personal goals.

My Golden Retriever photographer pal Geoff Hendrickson just checked in with me. He recently a new rescue Goldendoodle guy, named Bandit, to his family. Here is the story of how he came to get this guy.

Noele and her eight 3-week-old pups were sold at a puppy mill auction in OK. They were held and vetted and made their way east after a few weeks. Originally I was going to foster but had second thoughts and did not want to suffer postpartum depression. When I came to visit four of the pups, Bandit walked right up to me with no coaxing or eye contact and promptly sat between my feet. So the selection was made.

Bandit is still growing like a weed and at 7 months and 65 lbs. is now taller than Sam. I donated my kayak to Shorehearts’ yard sale and got a solo canoe that fits Sam and Bandit nicely. After a couple days of “dry practice” in the front yard, Bandit is a perfect passenger. We are ramping Bandit up in his swimming workouts on the Mulllica and Batsto rivers. We also have pool privileges next door and Bandit loves swimming laps. I hope by the end of the summer we can do a long canoe trip down the Mullica. I don’t have many paddling pictures as I was too scared to take my camera. I finally broke down and got a waterproof camera last week. (Olympus Stylus) Here are a few pics. The last one is the new camera in the pool. 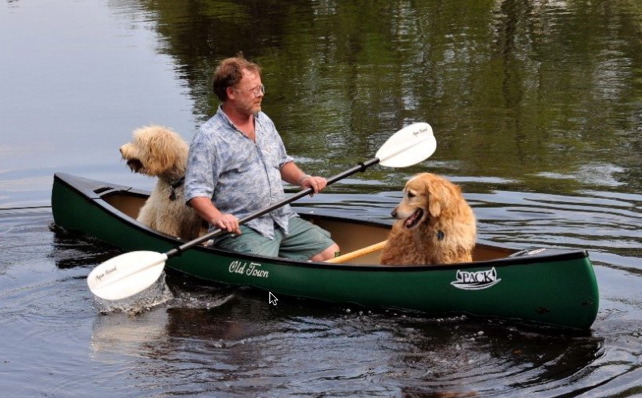 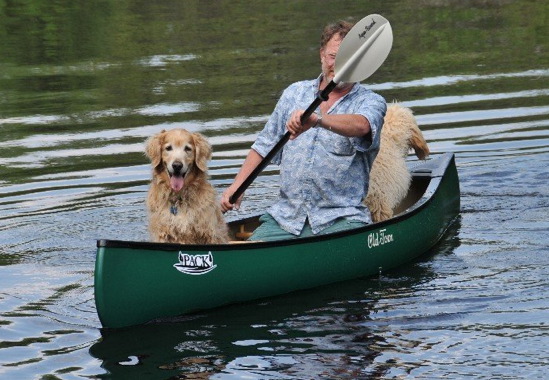 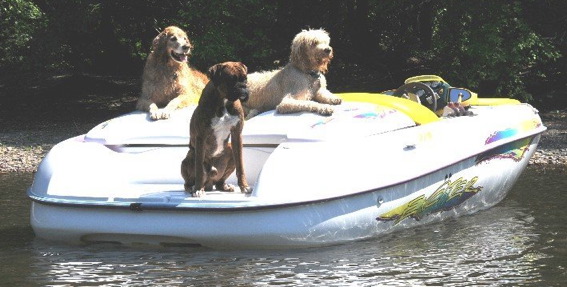 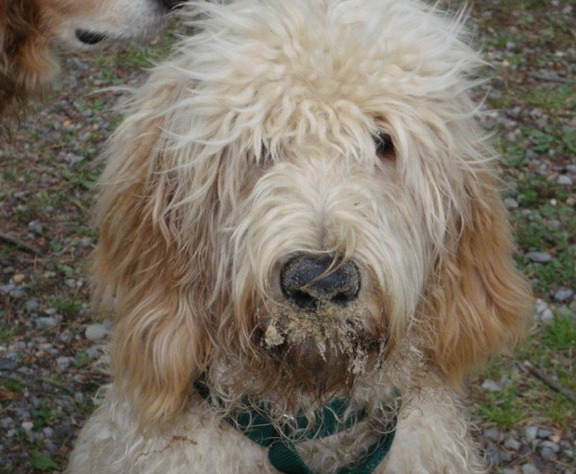 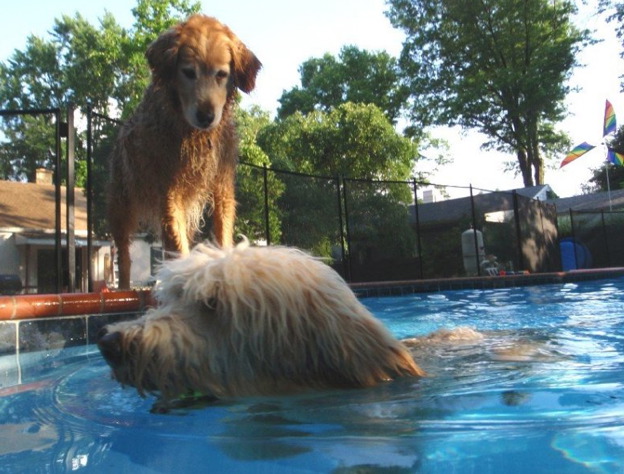