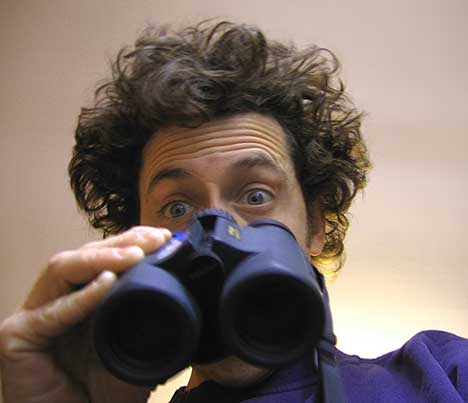 I recently discovered a GOLDEN lovin’ musician named Dan Haas. He actually lives not too far from me in Annapolis, Maryland, and plays at lots of local venues so I may have to go see him perform in person. I’d tell him to bring his new pupper and I could play with the little guy while his dad is working. How cool would that be? 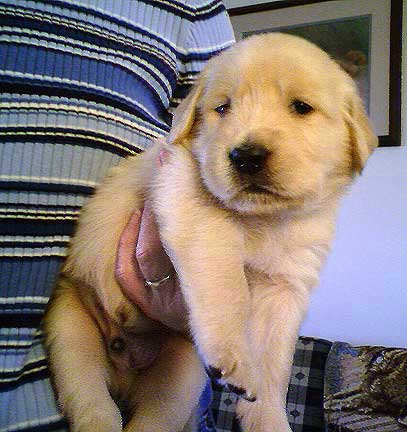 This is what he says about himself: “I play guitar and sing songs, watch birds and raise dogs, write songs and paint, take photographs and find distractions on the web and in the world.”

He has promised to send me loads of music for the site, hopefully also with loads of photos of his beloved Goldens. His new guy Oiseau (pronounced Wah Zoh) comes after the loss of his Maestro & Maddie .

These photos show a tuckered puppy and also one discovering a local hangout at Greenbury Point. Oiseau will be learning all about swimming her in the warmer months. Lucky boy! 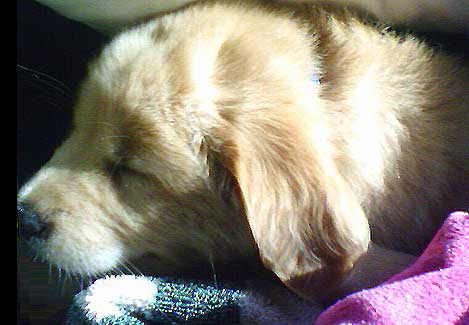 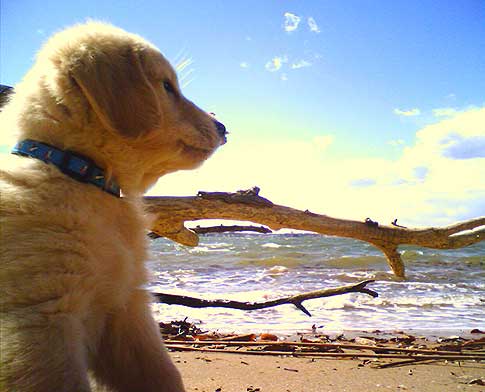 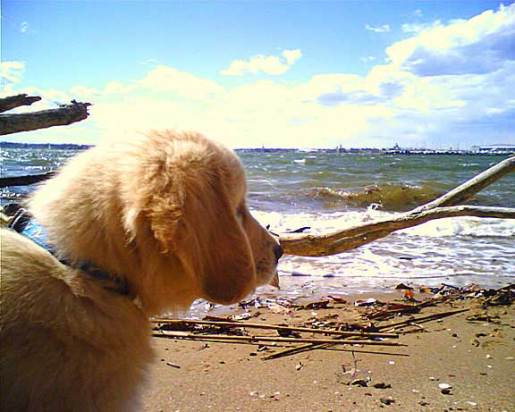 The following video features Riddle, one of my favorite Dan Haas songs. Be sure to play it to the end to get to my favorite part. This is what Dan had to say about this video:

This is my song Riddle, from my CD GOODbye MOON. I decided it would be a nice song to sing to Oiseau, my new Golden Retriever puppy. It’s the first song he has ever heard me play. I hope he likes the sound of the guitar and my voice. For that matter, I hope you do too.