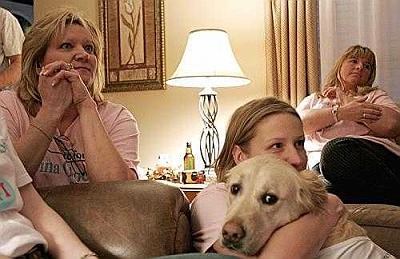 Melina was wearing a long-sleeve white shirt that captured the excitement of Gina Glocksen’s run in “American Idol.” The shirt read “Vote for Gina 2007” and had pictures of the contestant before she became a national icon. Melina sat next to the sofa, wagging her shaggy brown tail while surrounded by guests and family members during Glocksen’s greatest performance yet on television.

The 5-year-old golden retriever couldn’t hide her excitement, nor could the rest of the people at the party.