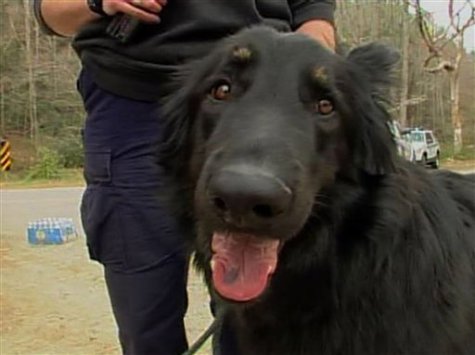 Be sure to watch this video of the story and meet the canine hero responsible.

McGRADY, N.C. (AP) — A 12-year-old Boy Scout who survived in the North Carolina mountains for four days scarfed down chicken fingers after being reunited with his overjoyed parents and explained that he wandered away from his troop because he missed his family.”He was homesick,” said Kent Auberry, father of Michael, at a hospital news conference Tuesday. “He started walking and at one point when he was walking he thought maybe he’d walk as far as the road and hitchhike home.”

A dog caught Michael’s scent less than a mile from the campsite where he had wandered away Saturday. The disappearance touched off an intensive search involving bloodhounds, heat-seeking helicopters and dozens of volunteers on foot.

A 2-year-old Shiloh shepherd called Gandalf picked up the boy’s scent, “popped his head three times” and there was Michael, walking along a stream, said Misha Marshall, Gandalf’s trainer.

“He was a little dazed,” Marshall said. “You are totally overwhelmed. You at first don’t believe he’s the person you’re looking for.” Searchers gave the boy – whom his father described as tired and dehydrated – granola bars, crackers and water. At the hospital after his rescue, he ate chicken fingers and asked for cookies.

Michael “wants to thank Gandalf especially – even though he ate the peanut butter crackers they gave him,” Kent Auberry joked.

It was not clear exactly how the boy was able to survive or whether he put any of his Scout wilderness training to use. Kent Auberry said he still didn’t know much about his son’s ordeal, mostly because he decided not to ask too many questions. “He’s got a tremendous life spirit,” he said.

Michael said he slept in tree branches, drank river water and curled up under rocks. “He saw the helicopters and heard people calling him, but he yelled back and they didn’t hear him,” Kent Auberry said.

How incredible is this?

Would you pay $25,000 to save a pet?
Price is no object for some when it comes to saving their animals
By Benjamin Niolet, News Observer Staff Writer, photos by Jason Arthurs 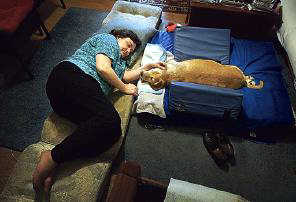 Jane Phipps takes a nap on the living room floor next to her dog Tony, who is recovering from extensive medical care that has Phipps facing thousands of dollars in vet bills. She says the extra time with Tony makes it worth the price.

About a month ago Tony, a dog, ruptured a disc and started fighting to breathe. His owner, Jane Phipps, rushed him to a veterinary hospital. He underwent surgery and spent 30 days on a ventilator. Tony pulled through, although he still needs physical therapy. 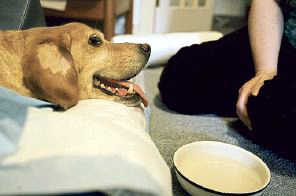 “Some people think I’m a lunatic for spending that kind of money,” said Phipps, 53, a nurse who reviews medical charts for an insurance company. “My priorities are my family, and he’s a part of my family. …

“The way the world works now … the only person who really doesn’t judge you and loves you unconditionally is a pet.”

The bill shows how far Phipps was willing to go to maintain that relationship. As veterinary care has become more advanced, people have become willing to go to extraordinary lengths to care for their pets. The days are gone when there were basically two types of pet — the healthy and the dead. 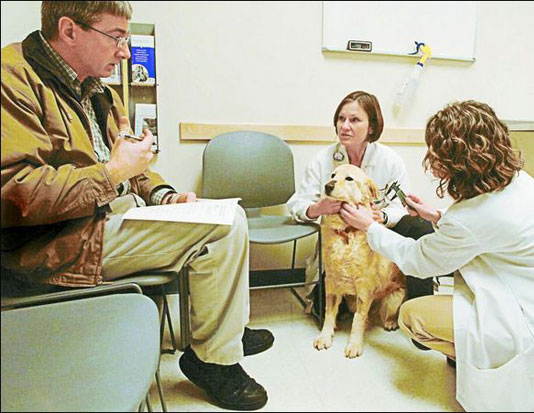 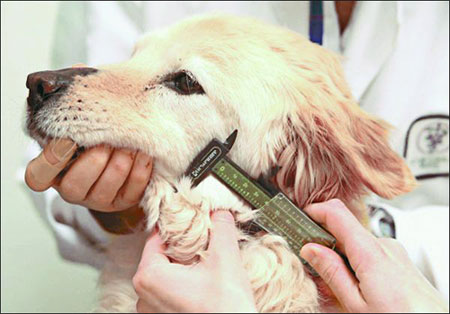 Since its birth, the college has grown into a center of nationally and internationally renowned research in areas such as animal reproduction, cancer and radiological biology and infectious diseases, forging ahead in research that could help save lives and change the world.

The college, which is consistently ranked in the top two colleges of its kind, spent more money on research last year than any other similar college, said Dr. Lance Perryman, dean of the college. The $54 million spent on research last school year accounted for 20 percent of CSU’s total research expenditures.

Research within the college has produced treatment techniques that increase the survival rate of children who suffer from osteosarcoma, a rare form of bone cancer; identified estrogen receptors in the brain as a factor in anxiety and depression; and identified a possible link between protein buildup in the brain and Alzheimer’s.

Abby is on her third clinical trial as part of her treatment at the Animal Cancer Center. Her owner, Frank Profaizer, said he and his family are so grateful to the doctors and other employees at the center.

The Profaizer family, who lives in Cheyenne, sometimes brings Abby to Fort Collins daily. They’ve given us something priceless,” he said. “They gave us five more years with her. We couldn’t have gotten through this without the (vet teaching hospital).”

The trials Abby has gone through, which include a chemotherapy and nutritional supplement study, can help develop treatments for people and other animals living with cancer. Profaizer said he thinks Abby was put here to be studied and be of service to others.

“The bottom line is that if they can learn (from her) and help another dog or a human, that fulfills her purpose here,” Profaizer said.